Following the popularity of the first MelloTuesday, Investing in Gold & Mining event, we are delighted to announce that we are running a follow up event…

This event looks at mining companies and a potential commodities supercycle.   We will also cover gold indexes, gold exploration & mining companies and investment funds. The webinar will provide a broad range with a panel session to cover all these options and assessing the risks and opportunities now open to investors.

We have a fantastic line up for our investors to include the listed companies as detailed below, which generate returns from gold and copper. The evening will include the latest insights and analysis from investment managers, research professionals, analysts and experienced investors.

John Meyer investigates: Are we in a new commodity supercycle, or is one coming?

John started his career in a tin mine in Cornwall shovelling mud and clearing drains. John was top ranked by Extel for all UK smaller companies in 2006 and for UK smaller miners in 2008, 2007, 2006, 2005. He has been successful in recognising future trends in commodities and stock ideas and has built mining teams at Fairfax, Numis and SocGen. Previously John worked at Goldman Sachs and Montagu Mining Finance. 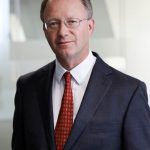 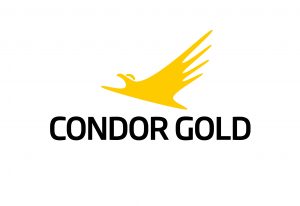 Condor Gold is listed on the AIM market, ticker CNR and the TSX ticker COG.  The Company has the key Environmental Permit to construct and operate a 2,800tpd mine producing approximately 100,000 oz gold per annum from la India open pit. Condor has recently permitted 2 high grade feeder pits and currently has 1.12M oz gold open pit mineral resource including a mineral reserve permitted for production. The 1.2M oz gold underground mineral resource could be permitted once in production.

The Company is currently completing all engineering studies to make the Project “shovel ready” and commenced site preparation in December 2020.  The Company is running a number of mining scenarios ahead of a construction decision, including a minimum capex, maximum cashflow scenario. There are currently 3 drill rigs on site.

Condor Gold currently has a high-grade gold mineral resource of 2.33M oz gold at 4.0g/t gold, which contains an economic probably mineral reserve of 6.9 million tonnes at 3.0 grammes per tonne gold for 675,000 ounces gold. The high grade means the breakeven all in sustaining cash costs are low at US$700 per oz gold. The internal rate of return is approximately 31%. A second part of the strategy is to prove a 5M oz gold district. Mr. Child was commissioned as an officer in the 2nd King Edward VII’s Own Gurkha Rifles and served in the British Army for 4 years. He has taken London Stock Exchange and other finance exams and has a Diploma in Company Strategy. He joined Condor’s Board in May 2006 and became CEO in July 2011. He acquired the 11 concessions that comprise La India Project, overseen 65,000m drilling, PFS studies, engineering studies, land acquisiton and fully permitted the mine.  He has raised US$65M and developed the Project into what it is today.

Mr Child has 20 years of equity capital markets experience, as an institutional stockbroker and in corporate finance/private equity, mainly in emerging markets. At board level Mr. Child has been an executive director of Hong Kong listed Regent Pacific Group, an emerging market fund manager and private equity group, which spun off Charlemagne Capital Limited. He has board level experience of AIM listed and private companies.

Edmund Shing – How an ESG strategy & commodities can dovetail together

Edmund Shing has over 25 years of experience in financial markets in a wide variety of positions, ranging from proprietary trading to portfolio manager in a number of financial institutions in London and Paris. Since 2015, he has held the role of Global Head of Equity and Derivative Strategy at BNP Paribas in London. 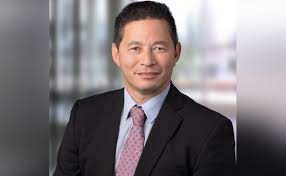 The new fund will be managed by Georges Lequime and Mark Smith of UK-based London Investment Consultants.  Boasting decades of experience investing in mining companies and many years of operational experience in mining and geology, the pair combine strong technical and industry knowledge with proven financial modelling and portfolio management skills.  Lequime, a mining engineer with 26 years’ experience in fund management and investment banking, spent four years in gold and coal mining in South Africa.  Smith meanwhile has 18 years’ experience in investment banking and company valuations and spent five years in West and East Africa in gold exploration – and it is the global network of CEOs and CFOs, brokers, commodity traders, mining engineers and geologists they have built which is responsible for so many of the opportunities they unearth.

The duo is best known for advising the Earth Gold Fund UI, a pure precious metals fund offering exposure to precious metals stocks and the underlying metals.  Having consistently outperformed its peers over the longer term, the SICAV is marketed predominantly within Germany, Austria and Switzerland and is a very different proposition to the broader, UK domiciled TB Amati Strategic Metals Fund.’  It is a fund the award-winning Lequime has managed since inception in 2008, and which the pair will continue to advise and provide technical services to, as well as advising the other ‘Earth Funds’ administrated by Universal-Investment-Gesellschaft mbH

Taseko Mines is a dynamic and growing mining company focused on the operation and development of copper mines in North America.

Headquartered in Vancouver, Taseko operates the state-of-the-art Gibraltar Mine, the second largest copper mine in Canada, with a nearly 700-person workforce producing an average of 140 million pounds of copper and 2.5 million pounds of molybdenum per year.

The Company is also well-advanced in the permitting and funding of the US$230m Florence Copper Project in Arizona, a unique in-situ copper recovery project that boasts significantly reduced energy consumption, carbon emissions and water use when compared with a similar sized conventional copper mine. Producing cathode on site, Florence’s annual output of 85Mlbs would significantly boost group production.

Taseko recently announced that it has completed its offering of US$400 million notes which will be used to repurchase existing debt and result in a cash balance of circa US$200m. Permitting is nearing completion, after the all-important Aquifer protection permit was granted by Arizona environmental authorities in December.

Taseko’s Full Year results stated that adjusted EBITDA* for 2020 is expected to be in the range of $105-110 million, up from $51 million in 2019. Gibraltar produced 123 million pounds of copper for the year and 2.3 million pounds of molybdenum. Looking ahead to 2021, the Company expects copper production of approximately 125 million pounds from Gibraltar. Mr. McDonald is a mining executive with 25 years of experience in mining, corporate development, financial and management roles. He joined Taseko as Chief Financial Officer in 2013 and was appointed President in June 2019.

Prior to Taseko, he held a number of senior roles in the mining industry including CFO of Quadra FNX Mining Ltd. (and its predecessor Quadra Mining Ltd.) and CFO of Yukon Zinc Corp. He was also Corporate Controller at Cumberland Resources Ltd. until its acquisition by Agnico-Eagle Mines in 2007. Prior to joining the mining industry, he spent 10 years in public accounting with Deloitte & Touche and Ernst & Young.

Caledonia Mining (NYSE:CMCL, AIM:CMCL) is a profitable cash generative gold producer with a strong growth profile, Caledonia’s primary asset is the Blanket Mine in Zimbabwe. By 2022 the Company plans to increase its annual production by 37%, up to 80,000 ounces.

The Company is listed in New York and London with a current Market Capitalisation of U$188m. Caledonia’s flagship asset is the Blanket Gold Mine in Zimbabwe, Caledonia has a prime position in Zimbabwe, one of the last gold frontiers in Africa with substantial exploration potential. Production in 2020 was 58,000 ounces at an AISC of around $900 per ounce. AISC Cost guidance post the growth to 80,000 ounces by 2022 is $700 – $800 per ounce. Caledonia has a life of mine of 14 years to 2034 with a total resource base of approximately 1.8Moz at an average grade of 4.1g/t. Caledonia has a strong balance sheet with no long-term debt and $21m in cash.

The Company pays a quarterly dividend which increased in January 2021 to 11 cents a share. The dividend has been increased 4 times in the last 18 months & is a 60% cumulative increase from 6.875 cents announced in October 2019.

Caledonia is committed to evaluating investment opportunities in Zimbabwe and has entered into two option agreements to acquire the mining claims over Glen Hume and Connemara North.

Our long-term vision is to become a sustainable, multi asset mid-tier producer, focused on organic growth and making genuine return for our shareholders 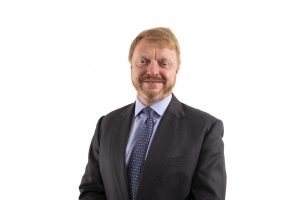 Mr Learmonth joined Caledonia in July 2008. Prior to this, he was a Division Director of Investment Banking at Macquarie First South in South Africa, and has over 17 years’ experience in corporate finance and investment banking, predominantly in the resources sector in Africa.

Mr Learmonth graduated from Oxford University and is a chartered accountant. Mr Learmonth is a member of the Executive Committee of the Chamber of Mines, Zimbabwe. Mr Learmonth was appointed Caledonia’s Chief Financal Officer in November 2014. 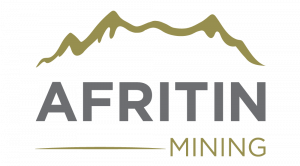 AfriTin Mining Limited is the first pure tin company listed in London and its vision is to create a portfolio of globally significant, conflict-free, tin-producing assets. The Company’s flagship asset is the Uis Tin Mine in Namibia, formerly the world’s largest hard-rock opencast tin mine.

AfriTin is managed by an experienced board of directors and management team with a current two-fold strategy: fast-track Uis Tin Mine in Namibia to commercial production as Phase 1, ramping up to 5,000 tonnes of concentrate per annum in a Phase 2 expansion. The Company strives to capitalise on the solid supply/demand fundamentals of tin by developing a critical mass of tin resource inventory, achieving production in the near term and further scaling production by consolidating tin assets in Africa. 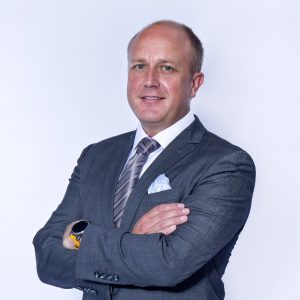 Anthony is a mining entrepreneur and founding shareholder of VM Investment Company. He has been responsible for the identification and development of several mineral projects across Africa. He was the founding director and CEO of Australian listed Lemur Resources and remains a Non-executive Director of Bushveld Minerals. 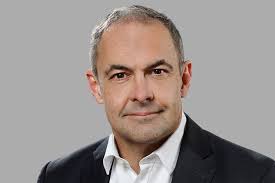